John L. “Jack” Asher Jr., 83, who was known as “The Candy Man” because of his and his family’s four-generation history as owners of Asher’s Chocolates, died from the late effects of cerebrovascular disease on Wednesday August 30 at Artman Lutheran Home in Ambler.

John L. Asher Jr., 83, who was known as “the Candy Man” because of his family’s four-generation history as owners of Asher’s Chocolates, died of the late effects of cerebrovascular disease on Wednesday, Aug. 30, at Artman Lutheran Home in Ambler.

Mr. Asher, known as “Jack,” who assumed leadership of the company with his brother Bob after the death of their father in 1968, retired in April as co-chairman after nearly 50 years in management.

He grew up in Germantown, graduated from Germantown Academy in 1952, and attended the University of Pennsylvania before joining the family business.

His grandfather, Chester A. Asher, who founded Asher’s Chocolates as a small candy store near Independence Hall in 1892 and moved to Germantown in 1896, is described on the company website as “a Scottish farm boy from Canada with a passion for chocolates and a knack for getting to the heart of a sugar craving.”

Mr. Asher’s son John L. III said the company was nearly bankrupt in 1966, when his father and his father’s brother Bob took it over and saved it. “What started as two small I Love Lucy chocolate candy lines grew into two large candy factories in Souderton and Lewistown,” he said.

“Dad was always a believer in management by walking around,” John Asher III said. “He liked to be out on the factory floor, being the final taste tester at the end of the line, making sure the chocolate was thick enough, checking the quality of the caramels or the butter creams. He’d eat between half a pound and a pound of candy every day.”

Mr. Asher knew candy quality, his son said, because “back in the day, when we had two little machines coating chocolates, he made every piece of candy we ever had.”

Among Mr. Asher’s board memberships were the First Presbyterian Church in Germantown and Historic Cliveden, where he sponsored the re-enactment of the Battle of Germantown for 40 years. “He was always out there on battle day,” his son said, “directing things. And after the battle, he made sure all the troops had candy to take home with them.”

Mr. Asher was a volunteer firefighter for 35 years with the Wissahickon Fire Company in Ambler and the Flourtown Fire Company.

“We had a ringer at the bottom of our steps,” his son said. “The fire bell would go off, and it didn’t matter whether it was dinnertime or it was the middle of the night or it was February with snow outside, he would run down the steps and out the door. In 1979, my parents were in the middle of their 25th wedding anniversary party when the fire bell went off and he started running out the door. My mom said, ‘Where are you going?’ My dad said, ‘It’s a fire!’” 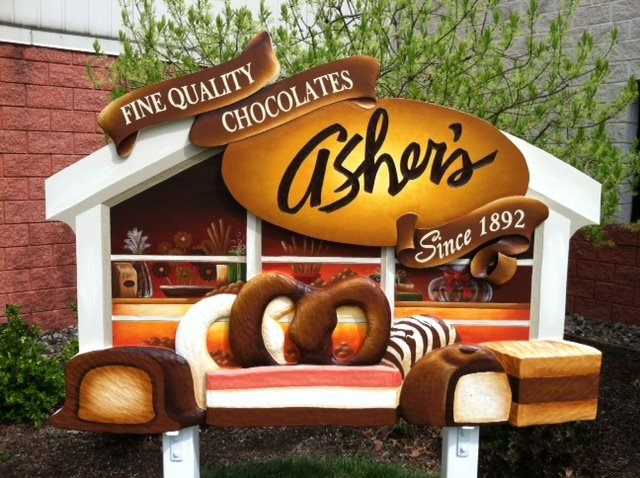 Mr. Asher was honored as the Philadelphia Chamber of Commerce Small Business Person of the Year in 1988 and was elected to the National Confectionery Sales Association’s Candy Hall of Fame in 2006. He was a life member of the Union League of Philadelphia and a founding member of the Keystone State Boychoir.

In addition to his son, Mr. Asher is survived by his wife of 63 years, Carolyn Krimmel Asher; son David B.; daughter Susan; six grandchildren and four great-grandchildren.

A funeral will be at 2 p.m. Sunday, Sept. 10, at the First Presbyterian Church in Germantown, 35 W. Chelten Ave., Philadelphia 19144. The family will greet guests following the service. Interment is private.

Memorial donations may be made to the First Presbyterian Church in Germantown or the Keystone State Boychoir Inc., both at the church address above, or the Jack Asher Legacy Fund at Cliveden, 6401 Germantown Ave., Philadelphia 19144.