From the New York Times Article –

Thomas Fleming, a prolific historian with a zealous interest in America’s founding fathers and a historical novelist whose plots included a British conspiracy to kidnap George Washington, died on Sunday (July 23, 2017) at his home in Manhattan. He was 90.

His death was confirmed by his son Thomas Jr.

Mr. Fleming, the loquacious son of a tough New Jersey pol, viewed America’s struggle for independence as essential to understanding the history that followed. “So much of what happened later is virtually anchored in the Revolution,” he told the Journal of the American Revolution in 2013. “The whole Civil War pivots on the Declaration of Independence and the Constitution.”

He added: “Even Woodrow Wilson’s wild claim that we were in World War I to make the world safe for democracy goes back to the sense that we were launching a revolution that would change the world. And it has!”

Mr. Fleming wrote biographies of Benjamin Franklin and Thomas Jefferson. He chronicled the battles of Bunker Hill and Lexington and Concord and a lesser-known one in Springfield, N.J., in 1780. He wrote about the seminal year 1776. And he looked back at the duel in 1804 between Aaron Burr and Alexander Hamilton.

In her review of “Duel: Alexander Hamilton, Aaron Burr and the Future of America” (1999), Katharine Whittemore wrote in Salon that Mr. Fleming had created a “stunning panorama of the fledgling nation” and “a parable of titanic intellect and potential subverted by ambition; of vindictiveness, venality, lust, chimerical visions of empire and, finally, murder.”

Mr. Fleming had been writing history books filled with powerful men for nearly 50 years when, in 2009, he chose to focus on the influence of the wives, mothers and girlfriends of Washington, Franklin, Jefferson, Hamilton, John Adams and James Madison.

He chronicled the women’s stories collectively in “The Intimate Lives of the Founding Fathers,” which The Washington Post called it a “well researched peek into the boudoirs of America’s political architects.”

Mr. Fleming had already written novels from a female perspective; one was “The Officers’ Wives,” a bestseller in 1981. He also benefited from the increasing availability of the women’s letters.

One powerful woman in “Intimate Lives” was Mary Ball, Washington’s mother. Mr. Fleming told C-Span in 2010 that she “had a ferocious temper and was very strong-willed, and she tried to make George her faithful servant.”

To escape her influence, he said, Washington wanted to join the Royal Navy, but his half brother Lawrence intervened. “Imagine how different the country would have been” if Washington had served Britain, Mr. Fleming said.

Mr. Fleming sometimes departed from the Revolutionary era, taking on the Civil War, both world wars and the histories of West Point and New Jersey. But he would return to the period that most fascinated him, as he did in “The Great Divide: The Conflict Between Washington and Jefferson That Defined a Nation” (2015) and “The Strategy of Victory: How General George Washington Won the American Revolution,” which he completed in March. It is to be published in October.

Mr. Fleming wrote frequently about Washington, including in a novel, “Dreams of Glory” (1983), which has his kidnapping as a plotline.

“He was a man of natural ease with people and with stories,” Mr. McCullough said in a phone interview. “He had that good Irish ability to express in person and on paper.”

He added, “He worked all the time, and he wasn’t just knocking the books out. He was writing quality books.”

Thomas James Fleming was born in Jersey City on July 5, 1927. His father, also Thomas, who was known as Teddy, was the leader of Jersey City’s Sixth Ward — a cog in the political machine of Mayor Frank Hague — and the sheriff of Hudson County, N.J. His mother, the former Katherine Dolan, was a kindergarten teacher.

“There was no generation gap between my father and me,” Mr. Fleming wrote in American Heritage magazine in 1968. “He treated me like a man from the age of 15. I went with him to political dinners and veterans’ reunions, spent innumerable midnights sitting up with him and his friends in our Jersey City kitchen while my poor mother remonstrated feebly from the upper floor.”

He served on the cruiser Topeka during and shortly after World War II and graduated from Fordham University in 1950. He found work as a reporter for The Herald-Statesman in Yonkers as an assistant to the writer Fulton Oursler, and as the executive editor of Cosmopolitan magazine. But in 1958 he had an epiphany that altered his career.

He was writing a novel, “All Good Men,” about the world of Irish-American politics that he knew from his father, when he was asked to write an article for Cosmopolitan about the Battle of Bunker Hill. In his research he saw that no books had been written about the battle for 90 years.

The magazine assignment led to his writing “Now We Are Enemies,” a book about that early battle, in 1775, which brought defeat but new confidence to the American troops after they inflicted heavy casualties on the British. Published in 1960, “Enemies” beat “All Good Men” to bookstores by a year. Mr. Fleming resolved to “pursue this double identity as a novelist and historian,” he said.

Mr. Fleming turned out a torrent of books, nearly 50 in all, largely from his home office in Manhattan, with its bulging file cabinets and favorite quotations mounted on the walls, among them Jacob Astley’s prayer before the Battle of Edgehill in 1642 during the First English Civil War: “Lord I shall be verie busie this day,” it said. “I may forget thee but doe not thou forget me.”

In addition to his son Thomas, Mr. Fleming is survived by his wife, the former Alice Mulcahey, a writer of young adult books; two other sons, David and Richard; a daughter, Alice Fleming, and seven grandchildren.

Mr. Fleming’s focus on the founding fathers shifted in 2005 to his own father and his Irish-American family in a memoir called “Mysteries of My Father.”

Teddy Fleming had fought in France in the Battle of the Argonne Forest, which helped end World War I. When his son visited the battlefield in 1968, he slipped on a steep hill and lost the onyx and gold ring his father had given him, one that bore the inscription: “From Mayor Frank Hague to Sheriff Teddy Fleming 1945.”

It was found 17 years later by Gil Masmasson, a photographer whose hobby was sweeping metal detectors over old battle sites and who, after finding a web page that noted Frank Hague’s mayoralty, was able to track down its owner and return it to him in 1998. 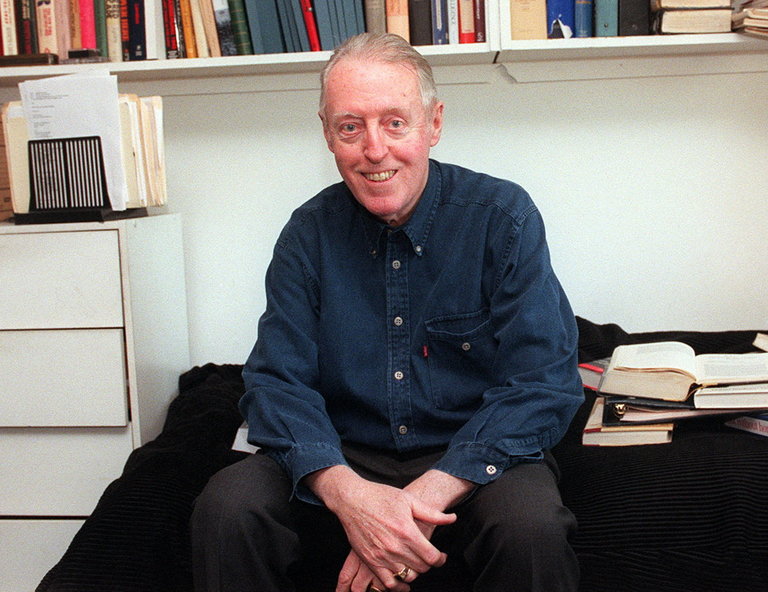