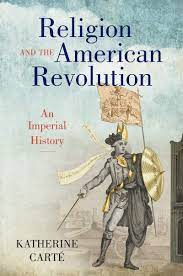 For most of the eighteenth century, British protestantism was driven neither by the primacy of denominations nor by fundamental discord between them. Instead, it thrived as part of a complex transatlantic system that bound religious institutions to imperial politics. British imperial protestantism proved remarkably effective in advancing both the interests of empire and the cause of religion until the war for American independence disrupted it. That Revolution forced a reassessment of the role of religion in public life on both sides of the Atlantic. Religious communities struggled to reorganize within and across new national borders. Religious leaders recalibrated their relationships to government. If these shifts were more pronounced in the United States than in Britain, the loss of a shared system nonetheless mattered to both nations.Sweeping and explicitly transatlantic, Religion and the American Revolution demonstrates that if religion helped set the terms through which Anglo-Americans encountered the imperial crisis and the violence of war, it likewise set the terms through which both nations could imagine the possibilities of a new world.

BOOK PURCHASE: To purchase this book please click on this link https://www.amazon.com/Religion-American-Revolution-Published-University/dp/1469662647

Kate Carté (PhD., University of Wisconsin) is an associate professor of history at Southern Methodist University.  She is the author of Religion and Profit: Moravians in Early America (Philadelphia: University of Pennsylvania Press, 2009), and she has published articles in Church History, the William and Mary Quarterly, and Early American Studies, as well as a variety of edited collections. Her latest book is, Religion and the American Revolution: An Imperial History, chronicles how that conflict transformed Anglo-American religion between 1763 and 1792.