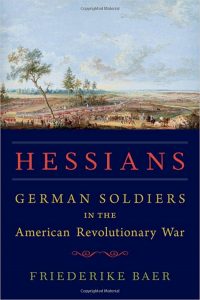 Between 1776 and 1783, Britain hired an estimated 30,000 German soldiers to fight in its war against the Americans. Collectively known as Hessians, they actually came from six German territories within the Holy Roman Empire. Over the course of the war, members of the German corps, including women and children, spent extended periods of time in locations as dispersed and varied as Canada in the North to West Florida and Cuba in the South. They shared in every significant British military triumph and defeat. Thousands died of disease, were killed in battle, were captured by the enemy, or deserted.

Collectively, they recorded their experiences and observations of the war they fought in, the land they traversed, and the people they encountered in a large body of letters, diaries, and similar private and official records. Friederike Baer presents a study of Britain’s war against the American rebels from the perspective of the German soldiers, a people uniquely positioned both in the midst of the war and at its margins. The book offers a ground-breaking reimagining of this watershed event in world history.

Book Purchase: To purchase this book please click on this link: https://www.amazon.com/dp/0190249633 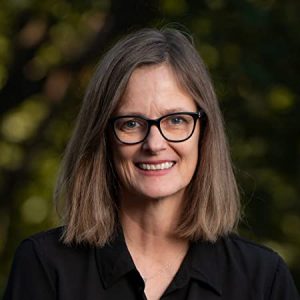 About Friederike Baer: Friederike Baer is Associate Professor of History and Division Head for Arts and Humanities at Pennsylvania State University, Abington College. She holds a Ph.D. in History from Brown University. Her research focuses on the experiences of German-speaking people in North America from the Revolutionary period to the late nineteenth century. Her publications include the books “Hessians: German Soldiers in the American Revolutionary War” (New York, 2022), and “The Trial of Frederick Eberle: Language, Patriotism and Citizenship in Philadelphia’s German Community, 1790-1830,” (New York, 2008). Please visit https://friederikebaer.com/ for additional information.