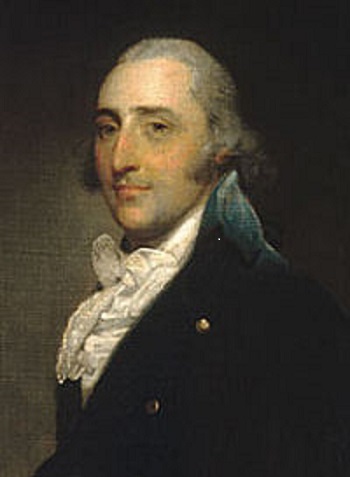 In November 1774, a pamphlet to the “People of America” was published in Philadelphia and London. It forcefully articulated American rights and liberties and argued that the Americans needed to declare their independence from Britain. The author of this pamphlet was Charles Lee, a former British army officer turned revolutionary, who was one of the earliest advocates for American independence. Lee fought on and off the battlefield for expanded democracy, freedom of conscience, individual liberties, human rights, and for the formal education of women.

Join us on Monday, June 25, 2018 as we welcome Phillip Papas as he talks about his book “Renegade Revolutionary: The Life of General Charles Lee”.   Our meeting place is now Scoogi’s  Italian Resturant at 738 Bethlehem Pike in Flourtown. Feel free to arrive early and eat in the back room where our meetings are held.  A short business meeting will start around 7:15pm. The presentation will start at 7:30pm. We encourage you to join our membership for the very small and reasonable tax deductible amount of $25.

Renegade Revolutionary: The Life of General Charles Lee is a vivid new portrait of one of the most complex and controversial of the American revolutionaries. Lee’s erratic behavior and comportment, his capture and more than one year imprisonment by the British, and his court martial after the battle of Monmouth in 1778 have dominated his place in the historiography of the American Revolution. This book retells the story of a man who had been dismissed by contemporaries and by history. Few American revolutionaries shared his radical political outlook, his cross-cultural experiences, his cosmopolitanism, and his confidence that the American Revolution could be won primarily by the militia (or irregulars) rather than a centralized regular army. By studying Lee’s life, his political and military ideas, and his style of leadership, we gain new insights into the way the American revolutionaries fought and won their independence from Britain.

Charles Lee probably had the most remarkable personality of any military or civilian leader on either side of the Revolutionary War. Born in England, he was ignored by his mother; his father, colonel of a British regiment, at least made sure that his son was trained to be an army officer. During the French and Indian War in America, Lee showed courage in battle, but also a penchant for getting into disputes with his fellow officers and writing bitterly sarcastic invectives against his superiors. He called Major General James Abercrombie, for example, a “stupid blunderer” and “our booby in chief.” The most widely read of the American army’s officers, Lee commanded a spectacularly successful raid in Spain in 1762 and received even more military training during his years as a soldier of fortune in Poland and other parts of Eastern Europe.

Phillip Papas is Senior Professor of History at Union County College in Cranford, New Jersey. He is the author of That Ever Loyal Island: Staten Island and the American Revolution (NYU Press, 2007) and Renegade Revolutionary: The Life of General Charles Lee (NYU Press, 2014), which earned Honorable Mention for the 2015 Fraunces Tavern Museum Book Award and Honorable Mention for the 2015 Book Award from the American Revolution Round Table of Richmond.