The French were the archenemies of the British and her American colonies, particularly after the French and Indian War which was begun by George Washington. So, why did America look to the French as their principal ally in the American Revolution and why did General George Washington choose a Frenchman as his chief engineer? This biography of Louis Duportail, founder and first Commandant of the Army Corps of Engineers, begins by exploring those questions. It then explores the life of this man, who is virtually unknown in America and less known in his native France.

This is an unique biography about an overlooked, even obscure, French officer that was instrumental in the American cause for independence. As a complete biography, it covers his return to France and his service in the French army. Cementing his role in the seminal events of the era, readers will also learn of his problems under the Reign of Terror and his escape to the United States where he purchased a quiet farm near Valley Forge. It concludes with his unusual death at sea and the problems of settling his estate. Duportail died in the greatest anonymity, in the greatest indifference, without earthly burial, without military honors, a dedicated monument to his glory in service to France or the United States, and without intervention of his brothers in arms to honor and recall his memory.

BOOK PURCHASE: To purchase this book please click on this link https://www.amazon.com/Washingtons-Engineer-Louis-Duportail-Creation/dp/1633886565 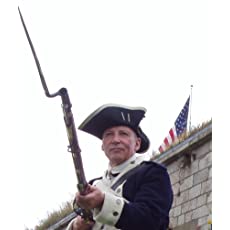 Norman Desmarais is professor emeritus at Providence College and an active reenactor. He is a member of Le Régiment Bourbonnais, the 2nd Rhode Island Regiment and the Brigade of the American Revolution. He is the author of Guide to the American Revolutionary War series (six volumes about the war on land and seven volumes about the war at sea and overseas). He is also the editor-in-chief of The Brigade Dispatch, the journal the Brigade of the American Revolution and has translated the Gazette Françoise, the French newspaper published in Newport, RI by the French fleet that brought the Count de Rochambeau and 5800 troops to America in July 1780. It is the first known service newspaper published by an expeditionary force. He has also translated the journal of Louis François Bertrand Dupont d’Aubevoye de Lauberdière which was published on May 18, 2021. The Count de Lauberdière was General Rochambeau’s nephew and aide-de camp.