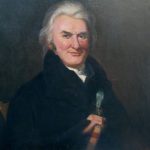 Allen McLane, born in Philadelphia in 1746, moved to Delaware in the late 1760’s, married Rebecca Wells and settled in Duck Creek Crossroads (now Smyrna) where he set up a business making men’s leather pants.  When the fires of independence began to emerge in the colonies, he quickly became associated with the early leaders of the cause in the Lower Three Counties of Pennsylvania.   In the fall of 1775 he decided to join with the Patriots in Virginia and became involved in the Battle of Great Bridge where the military governor of Virginia Lord Dunmore was defeated.   Then as the Three Lower Counties were declaring separation from Pennsylvania and Britain, McLane joined with the patriots of Pennsylvania and New Jersey who answered the call to assist General Washington to defend New York against the advancing British.

Join us on Monday, March 26, 2018 as we welcome Tom Welch as he portrays Allen McLane.  Our meeting place is now Scoogi’s Italian Restaurant at 738 Bethlehem Pike in Flourtown. Feel free to arrive early and eat in the back room where our meetings are held.  A short business meeting will start around 7:15pm. The presentation will start at 7:30pm. We encourage you to join our membership for the very small and reasonable tax deductible amount of $25. 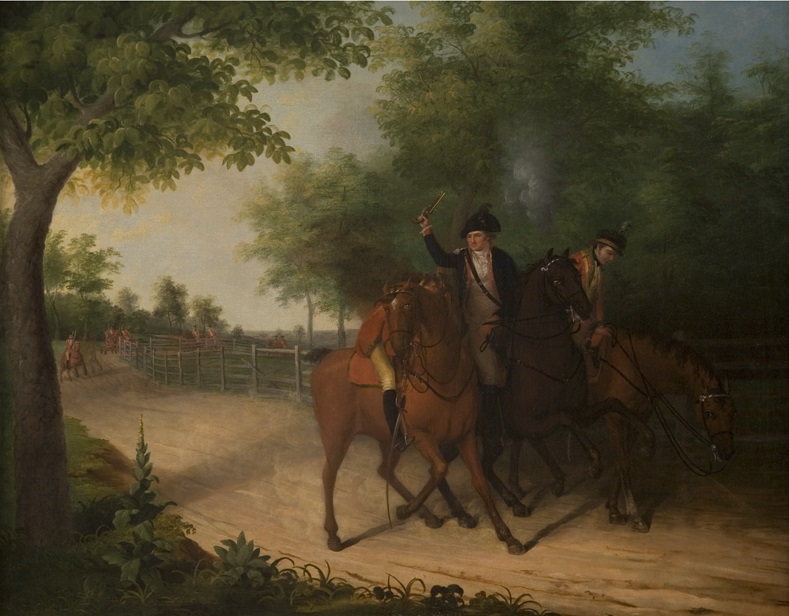 His heroism and enterprising leadership was often noticed by General Washington and others at the Battle of Long Island, Harlem Heights, Kip’s Bay, White Plains, Trenton and Princeton.   General Washington promoted him to Captain at Princeton and sent him back to (then) Delaware to recruit his company.  When he reported back to General Washington, he was made a key member of the Philadelphia Spy Ring with Major John Clark.  He also commanded a partisan unit of dragoons who were charged to be “the eyes and ears” of the commander and to disrupt the plans and actions of the enemy.   So successful was McLane in disrupting British actions, they dubbed the McLane Partisan Party “the Market Stoppers” and placed a bounty on his head of one thousand pounds.

Throughout his eight years in the War, he played a key role at Monmouth, Stony Point, Powell’s Hook, and in many other battles.   One of the most significant assignments he had was to gain an audience with French Admiral de Grasse in Haiti – which led to the Admiral to decide to take his fleet to Yorktown.   It was that French fleet that kept the British Navy from extracting General Cornwallis from Yorktown, a major victory for the combined Franco-American forces.

After the War General Washington expressed his appreciation to McLane by initially in 1789 making him the first Marshal of the Delaware District and then subsequently in 1797 appointing him the Tax Collector of the Port of Wilmington.

His was a long, productive, and patriotic life, one deserving to be emulated by us all. 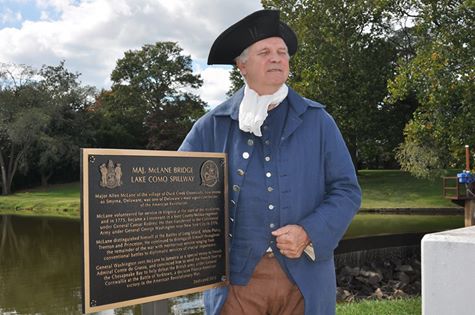 Tom Welch, has been an historical interpreter at the Old State House in Dover, Delaware since 2007.  Since discovering the life and illustrious military career of Allen McLane in 2008, he has been researching and portraying McLane all over the State in historical societies, school groups, churches, SAR, DAR, Society of the Cincinnati and others.  He does so to keep alive the contributions of men such as Allen McLane, who have sacrificed much to preserve the way of life that we enjoy today.

Prior to 2007 he enjoyed two other careers, 34 years as an educator and 13 years as a financial advisor.

For those who want to know more about Allen McLane, there is an extensive box of research materials in the Delaware Public Archives.  A microfilm copy of his papers, 350 original documents from the NY Historical Society in January 2014 was donated to the Archives by the Sons of the American Rev.  There is also a copy of the McLane Papers in the David Museum of the American Revolution in Washington Crossing, Pennsylvania.  Those who would like more information are invited to share your contact information with Tom Welch.

A great friend of ARRTOP, the late John Nagy, was very aware of Allen McLane and included him in three of his books on spying, most recently George Washington’s Secret Spy War (2016).   He also wrote a chapter in Allen McLane – Patriot, Soldier, Spy, Port Collector, (2014)  Tom Welch was the editor and primary writer of the book.  Copies are available for $10 at the Delaware Public Archives or by contacting Welch at tompj8129@gmail.com or 302-632-1803.