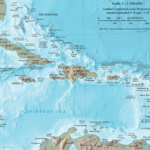 One island controlled in the Caribbean was worth more than the whole thirteen colonies combined. The Caribbean islands were fought over for hundreds of years and this was no different during the American Revolution. Each island played an important role in smuggling, transporting goods, and storing armies and navies. 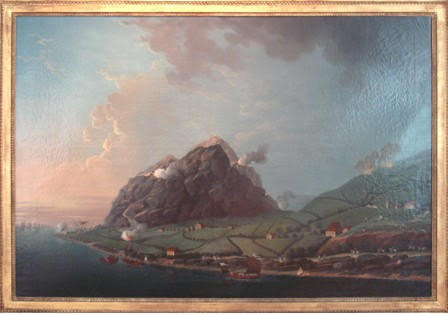 Join us on Monday, November 25th, 2019, as we welcome Russell Brinley who will be speaking about The Caribbean During the American Revolution .  Our meeting place is at Scoogi’s  Italian Resturant at 738 Bethlehem Pike in Flourtown. Feel free to arrive early and eat in the back room where our meetings are held.  A short business meeting will start around 7:15pm. The presentation will start at 7:30pm. We encourage you to join our membership for the very small and reasonable tax deductible amount of $30.  Don’t forget to our book raffle too.  Each meeting we raffle off a number of American Revolutionary themed books.  You can purchase tickets for the book raffle, $1 per ticket, or $5 for 6 tickets.  They money raises goes to pay the room fee and speaker expenses. 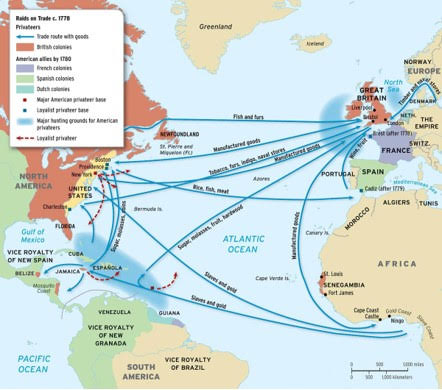 This presentation explores the overall role the Caribbean played in colonial commerce, supplying the American Army and the Global Conflict between world powers. Without the important role that the Caribbean played, there would be no Revolution or United States of America. By 1778 with the entry of France, the American Revolution had become a global war. A global war centered  on the West Indies. In examining the role played from early 1781 to early 1782 of British Admiral George Rodney we will see in particular his central importance in the defeat at Yorktown, and how important and interlinked with Yorktown were his actions in the West Indies – especially at the tiny island of St Eustatius.

Russell Brindley is a Park Guide at Valley Forge National Historical Park. He moved from the Crossroads of the American Revolution (Central, New Jersey) to the King of Prussia area. He studied History and Social Studies Education at Rutgers and the Rutgers Graduate School of Education. While at Rutgers, he volunteered at Morristown National Historical Park and is passionate about History, and the ways it connects all of us. Russell participated in the Student Conservation Association Internship at Horseshoe Bend National Military Park in 2015. Between working three Summer Seasonal Positions at Valley Forge National Historical Park, He has worked in four different public schools in New Jersey Teaching Social Studies. Russell is grateful for an amazing opportunity to work at the National Park Service and considers it- “America’s Best Idea.”

One Response to “November 25, 2019: The Caribbean During the American Revolution”