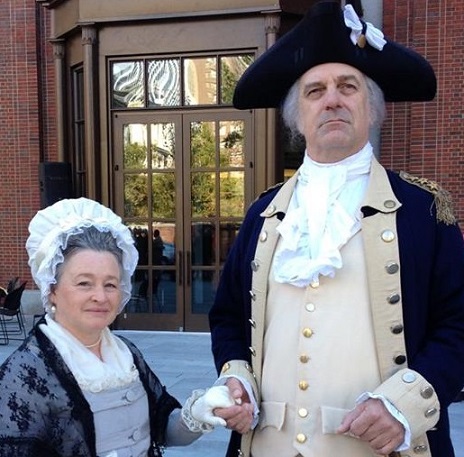 What makes a good marriage?   Washington’s own advice on love and marriage echoes through the words of our First Couple as they share the story of their courtship, former loves, the trials during the War for Independence, and the tribulations of the Presidency upon their 40-year marriage.

Join us on Monday, October 30th, 2017 as we welcome Carol Spacht and John Lopes who portray Martha and George Washington.  Our meeting place is now Scoogi’s Italian Restaurant at 738 Bethlehem Pike in Flourtown.  Feel free to arrive early and eat in the back room where our meetings are held.  A short business meeting will start around 7:15pm. The presentation will start at 7:30pm. We encourage you to join our membership for the very small and reasonable tax deductible amount of $20.

Carol Spacht performs extensively in the Philadelphia region, presenting interactive programs at schools, libraries and civic organizations. She studied theater at Villanova University and graduated with highest honors from Eastern University with degrees in Literature and Theater Arts. Mrs. Spacht has authored original scripts and scholarly papers, and also completed a commissioned project culminating in the publication of Whitpaine’s Creek, a book on early Pennsylvania history. Carol is well-known as “Betsy Ross,” portraying our nation’s premier flag maker  in conjunction with Historic Philadelphia, Inc. the Betsy Ross House in Philadelphia. She has extensive knowledge of hand-sewing techniques, textiles, and the trade of the upholsterer in the eighteenth century. As an historic interpreter, Carol also portrays several other women, including Hannah Penn and Juliette Gordon Low, Founder of the Girl Scouts. Students of all ages enjoy the educational and interactive “Tree to Lumber” tours on forestry and the Pennsylvania lumber trade led by Carol and her husband, Dave at Spacht Sawmill in Worcester, Pennsylvania. 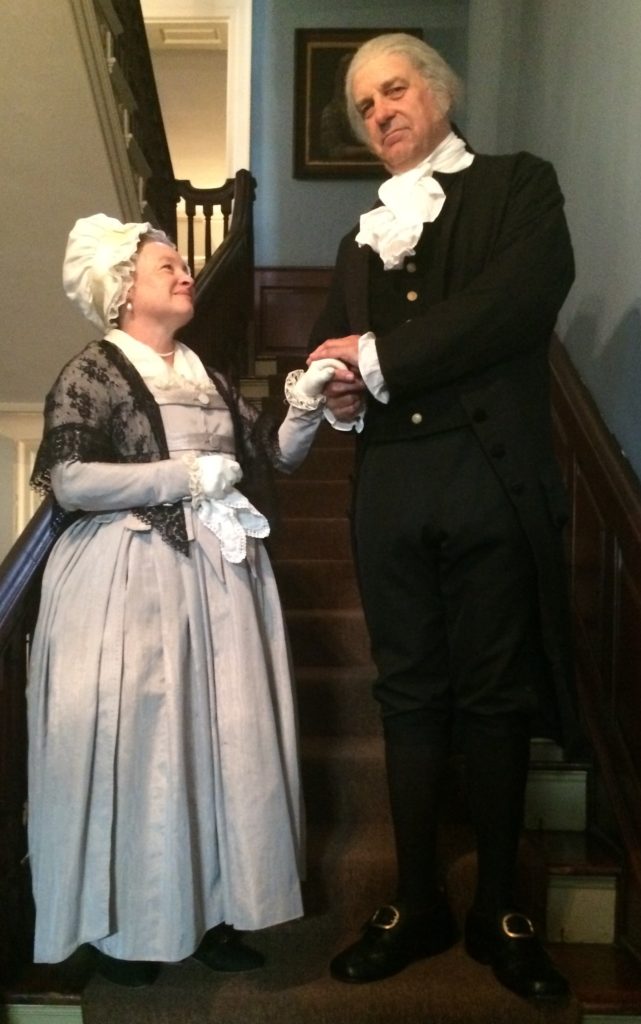 John Lopes has been acting in California and then in Philadelphia since 1990. With a BA in English from California State and an MFA in Acting from Temple University, Mr. Lopes is a well-trained theater artist. John’s acting experience includes performances with Hunger Theater, Arcadia Shakespeare Festival, Lantern Theater, Commonwealth Classic Theater and productions by the Walnut Street Theater. Winner of the Irene Ryan Award, John is an adjunct professor at Temple University. Performing as part of the American Historical Theater since 2007, Mr. Lopes can ride, dance the minuet and fence—all talents he brings as part of his interpretation of George Washington. John has appeared in venues that include the Templeton Foundation at Princeton, New Jersey; Federal Hall in New York; Washington Crossing National Park and Freedoms Foundation at Valley Forge in Pennsylvania.