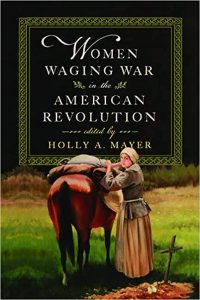 America’s War for Independence dramatically affected the speed and nature of broader social, cultural, and political changes including those shaping the place and roles of women in society. Women fought the American Revolution in many ways, in a literal no less than a figurative sense. Whether Loyalist or Patriot, Indigenous or immigrant enslaved or slave-owning, going willingly into battle or responding when war came to their doorsteps, women participated in the conflict in complex and varied ways that reveal the critical distinctions and intersections of race, class, and allegiance that defined the era.

This collection examines the impact of Revolutionary-era women on the outcomes of the war and its subsequent narrative tradition, from popular perception to academic treatment. The contributors show how women navigated a country at war, directly affected the war’s result, and influenced the foundational historical record left in its wake. Engaging directly with that record, this volume’s authors demonstrate the ways that the Revolution transformed women’s place in America as it offered new opportunities but also imposed new limitations in the brave new world they helped create.

Book Purchase: To purchase this book please click on this link: https://www.amazon.com/dp/0813948274

About Dr. Holly A. Mayer: 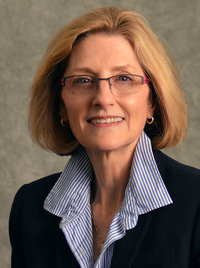 Holly A. Mayer is Professor Emerita of History at Duquesne University in Pittsburgh and the author of Belonging to the Army: Camp Followers and Community during the American Revolution. Holly A. Mayer is an historian of early America. She taught at Duquesne for decades enlightened by many super students and colleagues. Her positions included History Department chair between 2007 and 2013 and Interim Associate Provost for Academic Affairs from 2017 to 2019. Dr. Mayer was also the visiting Harold K. Johnson Chair of Military History at the U.S. Army War College, Carlisle Barracks, Pennsylvania, in 2016-2017.  She continues to be actively engaged with history as a researcher, editor, and author. Her primary interests include the social, cultural, and military histories of late eighteenth-century North America.