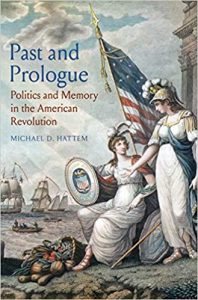 In Past and Prologue, Michael Hattem shows how colonists’ changing understandings of their British and colonial histories shaped the politics of the American Revolution and the origins of American national identity. Between the 1760s and 1800s, Americans stopped thinking of the British past as their own history and created a new historical tradition that would form the foundation for what subsequent generations would think of as “American history.” This change was a crucial part of the cultural transformation at the heart of the Revolution by which colonists went from thinking of themselves as British subjects to thinking of themselves as American citizens. Rather than liberating Americans from the past—as many historians have argued—the Revolution actually made the past matter more than ever. Past and Prologue shows how the process of reinterpreting the past played a critical role in the founding of the nation.

Book Purchase: To purchase this book please click on this link: https://www.amazon.com/dp/0300234961 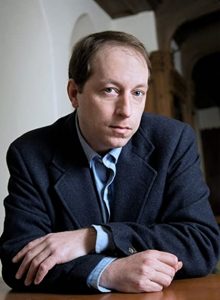 Director of the Yale-New Haven Teachers Institute and has taught a wide variety of early American history and American Studies courses at Knox College and Lang College at The New School. His research interests include the American Revolution, historical memory, colonial New York City, and eighteenth-century political culture and intellectual history. He is the producer of “The JuntoCast,” the first podcast devoted to early American history and was a founding member and contributing editor of “The Junto: A Group Blog on Early American History.”

He has been awarded research fellowships from such institutions as the American Philosophical Society, The Library Company, the Massachusetts Historical Society, the New-York Historical Society, and Mount Vernon. He has also contributed to numerous public history projects including “Hamilton: The Exhibition.” He has published articles in academic journals and media outlets such as The Washington Post and appeared in a television documentary about the American Revolution. In 2013, he identified, authenticated, and wrote a catalogue essay for a long-lost Continental Congress document from 1775 that subsequently sold at auction for a record $912,500. As a songwriter, musician, and producer, he has released multiple records under the name “National Steel.”